You Mean Nothing to a Woman Until You Have Sex

My views on "chicks" are based on observation and experience and they are very reliable. A man can expect a woman to act as if nothing is going on, to fade on him, flake on him, play rapo and other games, string him along, forget his name, and a million other things that say he just doesn't matter. All that goes away (except for psycho chicks) after the first time you have sex. Until that happens, a man should take every single thing about a woman with a grain of salt. Also, there is a huge ass gap between what a woman says and what a woman does. Waiting around trying to get "close" to a girl, developing friendships and dating etc., are all highly counterproductive for a man because of this. A woman decides within seconds if she wants a man or not, and then immediately tests him to see if he is important enough and in demand enough to not have to chase her. Almost anything he does to pursue her, please her, or try to get close to her makes his value drop. It sucks that women are so fucked up. But it is what is.

A lot of men don't know this. They assume because they have put significant time and effort into wooing a girl and she is responding, that he is important to her. Nothing could be further from the truth. You will rarely find a woman who will admit this. But their behavior shows this very clearly. It is the rule, not the exception. Until you put your penis in a woman, you mean nothing to her, no matter what. Even after that, many will still flake on you soon after. 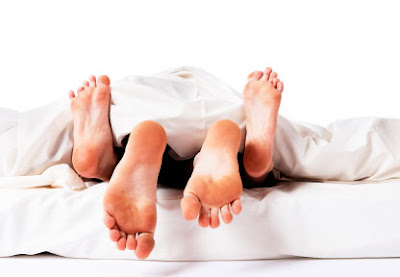 No matter how hot and heavy and interested in you she seems, no matter how much she grinds against you on the dance floor or whispers dirty promises in your ear, no matter how much she said she wants you to call her, no matter what love letters she writes you professing her undying love, until you put your penis in her, from her point of view, it is as if none of that ever happened and you are a stranger being met for the first time. That first sexual contact is the very beginning of your relating to her. Before then, you don't exist.

Men assume they are building up a relationship and getting to know her with the eventual goal of making her close enough to you and trusting enough of you to have sex. This is completely erroneous. Women lie about this all the time which is the source of the misunderstanding. What women actually do is keep a bunch of potentials in the wings and have sex with one of them (or some complete stranger) quite at random when they want to initiate courtship with them. The less you are willing to wait around for her to decide to fuck you, the higher your status. Also, since it is mostly random, it is a much better strategy for men to look for the woman who wants him right now, rather than to invest time and energy on a woman. However, women are completely neurotic, so you have to disguise it as something innocuos (hey, want to come over to my place and watch this new DVD I got....hehehe). You both know the real reason she is coming over to your place but you both must pretend it just sort of happened. It is very important that, if a woman ever says no to you, during the course of you seducing her, that you wander off, preferably with someone else. Hey, want to come over to my place and see the new DVD I got? No? Well, look, I"m busy right now and I gotta go, but I'll call you later in the week. Don't call her. And if she doesn't call you, forget all about her.
. 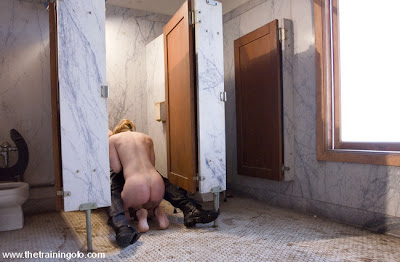 Some women are psychotic and prone to random slutty stuff like going to a club, doing a bunch of ecstasy and then blowing some random guy in the bathroom. Look, but don't touch. There is nothing you can do about women being neurotic except work around it and prevent it from impacting your life. But psychotic women are a whole different story. They are rare (thankfully) but extremely toxic. Keep them out of your life at all costs.
.
Timing is Important
.
Timing is so important. So is understanding the nature of “friends” as a non-sexual boyfriend/girlfriend relationship that can’t be sexualized (usually). It’s dangerous to spend time with a woman or to spend time talking with a woman without expressing a sexual interest in her. Every second you do that makes it more and more likely that the relationship will slip into the friends’ zone. It’s one of the key ways in which women are sick because in order to have a satisfying, loving relationship with someone, you need to spend time bonding with them. They go out of their way to prevent this important aspect of human existence. Instead, they size you up for manipulation. During this key time they constantly test to see if you will be the one to decide what happens or if you will be led around by the nose to do things that aren’t appropriate. One important thing they are looking for is if you will waste time on someone who isn’t your lover. If they find out the answer to that is yes, it’s all over. The best way to handle that is to be terse with any woman that you aren’t sleeping with. Don’t give the time of day to a woman unless she is showing strong signs of sexual interest. If she is, immediately try to sexualize the relationship. The problem is you can never ask for sex. Asking a woman for anything means she has something you want and she will use that to try and get you to do inappropriate things. Instead, you need to be seductive and suggestive (obviously, this only works on a woman who is interested anyway). You aren’t asking a woman for what you want. You are giving her what she wants. Key skills to develop are the ability to say no to everything a woman asks for, no matter how small. Later, give it to her, but on your own terms. Example: Can we go out to dinner tonight? No, I prefer to eat in. A couple of days later, surprise her with a night out at a restaurant. Delayed gratification. Perhaps the most important area to do this with is sex. Kiss me! Don’t be in such a rush.
.