That First Date at Your Place 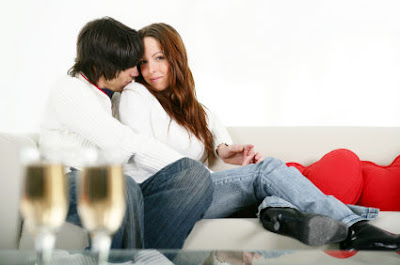 People [sometimes get] a little confused about what I mean by getting a woman over to your place, as if getting her there means you will be having sex. Although that happens a significant portion of the time (i.e. the woman has decided she will sleep with you already if she is coming over to your place), bringing the woman over to your place is only the very opening gambit of the relationship. My point is, until that first date at your place, you aren’t even in the game. And a woman who doesn’t want to come over doesn’t even want to explore the possibility of anything with you…..instead, she is doing something else (that else, usually being something not so nice).
. 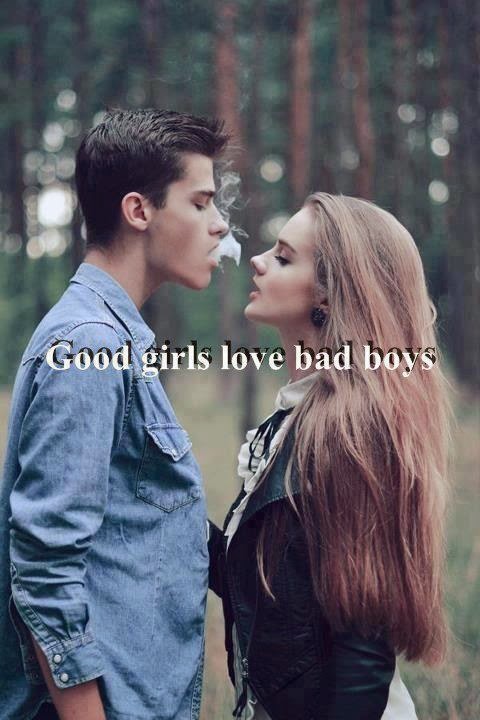 Also, because women are sick they have a particularly obnoxious mode to look out for……..being extremely attracted to evil men who are the scum of the earth. We’ve all seen this. The hotter/younger/more desirable the woman, the more likely she will be in this mode at any one time. While in it, she will only consider bring with the absolute worst men….drug dealers, criminal scum, frat boys, and other people who feel free to exist because society is too deluded to give them the regular, vicious beatings they so richly deserve. When a woman is like this, she has no interest in you and is engaging in completely self-destructive behavior.
. 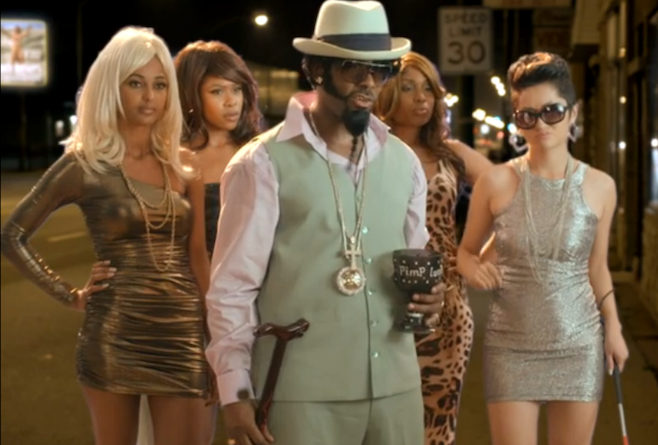 There are three reasons I mention this. The first is, of course, women hang out at certain specific places/situations when they are like this (ie all the women there will be like this). This is an excellent reason to avoid clubs and other places gang members hang out, like the plague. None of the women there have any interest in you. The second is that some women are more prone to this mode than others and this is one of the major ways your relationship will end. You will find out she has lost interest in you for Bubba, the 100lb overweight cocaine dealer that just got out of jail. Your response should be to immediately and permanently get rid of her at that point. It has nothing to do with you, everything to do with her and part of that sickness is trying to cause harm to you in one way or another. You can do nothing for her but, for yourself you can get rid of her. The last reason I bring it up is some of us (myself included) have daughters, sisters, nieces, sometimes mothers etc. who WILL enter this mode from time to time. Do everyone a BIG favour and keep your family member locked up during that time and put a bullet in the head of any scum that comes sniffing around. As the men in the family, this is your responsibility, and if you shirk it, you will deeply, deeply regret it. However, society is sick about this issue and will punish you harshly if you get caught…..so, don’t get caught.
.
Man, this thing is like a book, but only because there is so much to know and one thing leads to and feeds off another. As they say though, knowledge is power. Wouldn’t it be much simpler if women took responsibility for being normal, healthy, mature individuals and developing sane, enduring, loving relationships?
.
She Expects It To Be This Way Or She Won't Respond To You!
.
The issue isn’t if you want to be a player. I’m no player and I think men who are players are pussies. The issue is what will the woman demand of you. Make no mistake, she expects you to do it this way or she won’t respond to you. Her attitude is you must be ready to go when she wants and not before, and you are to fuck off the other 99% of the time (she will actually say this to you……fuck off). That’s her attitude. I didn’t make things that way. I don’t particularly want things to be that way. I have zero control over her being that way. She Chooses It. Not Me. I have two choices, accommodate her or do without. I choose to accommodate her. Note, that she absolutely won’t say things to this effect. She won’t TELL me these things. She’ll expect me just to know them. Disrespect is what she will give me if I don’t know or if I say no to this way of doing things.

So, what does the woman want me to do? Two things: The first is to read her mind and know when she is ready (and to fuck off if she isn’t). Wonderful. What a fucked up thing to want. This means I need to have ways to know
what’s on her mind but I can’t actually ask her. The second thing she wants is she wants me to fish for her, not to hunt for her. What I mean by this, is she wants me to set the stage for her and act enticing, but never to go after her and never be aggressive. So, I must initiate everything but I can’t in any way be pushy. Great. This is also fucked up in now I must set up things so that stuff can happen but it has to seem like an accident and I have to initiate things but constantly monitor her to make sure she is actually the one who chooses when we move from one step to another, even though I am the one actually doing the behavior and God, help me if I get it wrong or miss a cue.

It really is only productive to have dates at your home because only here can you properly set the stage to make things happen. Initial dates are usually outside the home and only have the goal of making her comfortable enough with you so you can have the real date, which is at your home (ie, until that date at your home, any relationship you have with the woman is meaningless to her….it means zero, zip, nada, not a damn thing to her). Actually, until you fuck her for the first time, you don’t have a relationship. You mean nothing to her until then and are barely a step up from some stranger she has met on the street…..even if you’ve known her for 20 years (I have learned this the HARD way….over and over and over again).

Once you have the date alone, at your house, that’s when the building of your relationship can begin, and not before. If she is there, at all, she is there for that reason, and, often, having sex for the first time is on her mind, as the starting point. Will she say that or own up to that if asked? Nope. Will she act that way? You bet your ass she will.

What a woman wants. What she will demand of you and punish you harshly if you refuse to provide it, is a chance to be alone with you, in an intimate, romantic setting, where you can spend time together, preferably doing something together and pretend that things just sort of happened.

Should you be pushing for this to happen? Absolutely not. Should you set the stage and invite her to spend that time with you? You must….or she will get rid of you. When should you do this? After you have established that you are 1) safe, and 2) interesting. What does it mean if you’ve done all that and she says no? It means you have no chance with her, never did, and never will. Be VERY suspicious of any woman who wants you to take her out places and do things for her but isn’t getting intimate sooner rather than later. The whole point of dating is to quickly get to that first date back at your place. If she isn’t doing that, she isn’t with you for the reason you think she is. 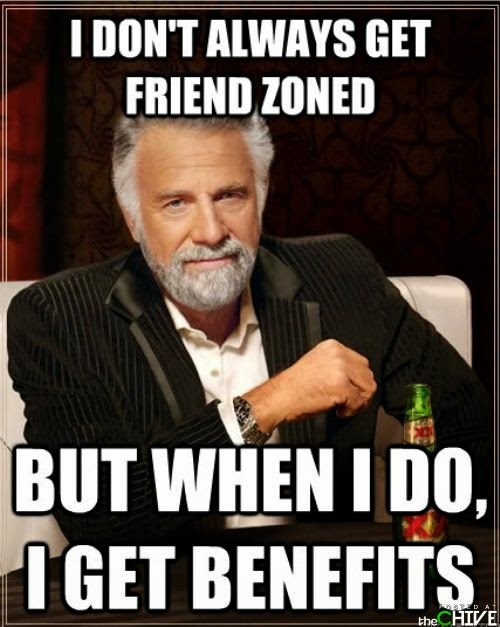 Now, if you have a female “friend”, what this usually means is she is romantically interested in you but doesn’t think enough of you to make you a lover, so she keeps you in reserve for years, until she hits a dry spell. This is both a blessing and a curse. It’s a blessing because, often, if you set the stage correctly, she will make the transition from “friend” to lover with very little effort. But, it’s also a curse in that she has very little respect for you. As long as you focus on setting the stage for her and make it seem like it was her idea, she’ll probably have sex with you. But, expect all sorts of wild, wacky behavior afterward, followed by being dumped after maybe 2 or 3 months of wild sex. After this happens a few times, you will realize that these women are not your friends and never were.
.
If You Don't Have Sex on the First Date, Your Chances of Having Sex with Her At All are Slim
.
If you don’t have sex with a woman on the first date, your chances of having sex with her at all are slim. The other side of that coin is, if you have sex with a woman you almost always can have sex with her multiple times in the future. Your goal on a “date” is not to impress a woman with endless blather but to make an excuse for her to come back to your place where you can seduce her. MOST of the time, if you aren’t totally wasting your time with a girl, she will come back to your place under the slimmest of excuses. She is going back there for sex. If she balks, makes a weird excuse etc., you might as well get rid of her (your not getting any, probably ever). The excuse needs to be reputable (so she can pretend she didn’t actually go back to your place for sex…..women are ummmm, nuts). "Hey, come back to my place so we can watch this chick flick on my DVD," is good. "Come and see the A-frame I built next to my bed," is not.

This is one of the many lies women tell. They SAY, they want to get to know a man and generate a certain amount of closeness, before engaging in a physical relationship. But what they DO is is decide within seconds of seeing you if they will have sex with you. The invitation lasts from seconds to several hours, and often has absolutely nothing to do with you (ie, she feels like a slut at that moment in time, and you are acceptable). That’s not normal. It’s not a good thing. But, it’s the way things are.
.