Most Women Don't Want a Man Who Isn't Choosy 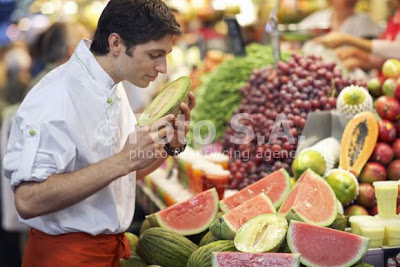 Most women absolutely will not consider a man who isn’t choosy about women. You’re being choosy comes out quite clearly and early in any encounter with her (indeed, she tests for it). Fail the test and she’s gone. Pass the test and advance to the next level. If you aren’t choosy, huge quantities of women discount you within ten seconds of meeting them. The pool increases because, even though you get rid of five, ten more see you doing this and become interested. My point here is women don’t choose you for any particular quality you have. So gaining those qualities is relatively ineffective at getting them (the opposite however isn’t true….women will discount you if you have certain negative qualities….especially being fat or not having basic fashion sense). Women primarily choose you on how far above them you are on the pecking order. They look primarily to how you treat them (nice or nasty, your message must be that they are below you) and how and who you interact with. If you kick a woman to the curb for bad behavior, you automatically become more attractive to all the others. The higher status the woman, the more attractive.

Have I mentioned that women are sick? Their behavior makes much more sense and you become much more effective with them once you accept this simple, horrible, fascinating fact of life. To understand women and what works with them, you must plumb the depths of their sickness. There really isn’t much more to them.
.
Do Women Choose Men or Do Men Choose Women?
.
QUOTE: "women still have yea or nay choice even with the supposed initiation power men possess." 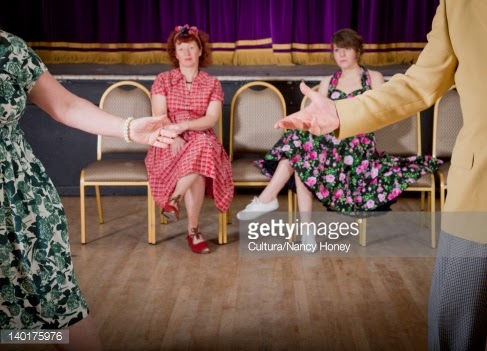 This is not nearly as cut and dried as you might think. Yes, when it comes down to one man pursuing one woman, it’s the woman who decides. However, at least in our culture, only men do the pursuing. The woman is FORCED (mostly by her own foolish neurosis) to only be able to choose from among those who chase her. It’s a pretty limited pool most of the time. However, I can choose to chase as many women as I want…..a pool limited only by time constraints. My personal choice for handling this issue is to pursue a great many women, but only a tiny bit. Most could not care less about me. They get barely a second look. A much smaller amount are interested in me (the prime attribute I use for deciding to put any energy of any type toward a woman). A small subset of them are highly motivated to get me. They get the lions share of my attention. Constantly searching out more and more women means this pool is always relatively large and I AM THE ONE WHO GETS TO CHOOSE AMONG THEM. Who has the choice now? Out of 100 chicks, I might approach 10, follow up with 3 and choose to sleep with one of them. 90% of those girls get nothing more than the once over from me. Ten get a polite conversation. Three will want to be with me. But I will only choose one based on how motivated she is to please me and certain other factors that are just my personal taste. A woman has to take what she can get. I do not…..provided I am willing to go out and get it. How much control does a woman really have over initiation behavior when I’m the one who chooses if I want to initiate with her?
.
Normal Looking Girls Get Hit On More Than Hot Women
.
QUOTE: "Haven’t you ever seen like 200 men go after the same blonde bimbo?" 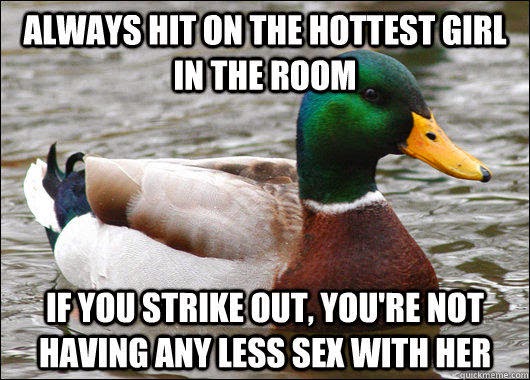 Want to know a few secrets? The first is that normal looking girls get hit on WAY more than hot looking women. Why? Because men care about sex, not about challenge. We’re really not interested in competing with other men over a woman. No, what we want is sex. And to most men, the normal looking girl seems more in the realm of getting some with little effort. And, quite frankly, women are something of a commodity with men. Without the depth of a relationship, one woman is pretty much as good as another. This is the very harsh price women pay for making relationships built on bullshit fantasy, exploitation and appearances rather than on depth, loyalty and commitment. Quite literally, there is no reason for a man to commit or put more than a minor amount of energy into any one woman. The second is that hot looking women are deeply, DEEPLY insecure. They KNOW that although the packaging looks nice (something they are not at all sure of), what’s inside is of dubious value. When bored or anxious, they will do almost anything to alleviate the problem. Lastly, there are major constraints over men’s behavior in society. Even though the instinct is for tons of men to go after every woman at every opportunity, we rarely do. What I mean by that is you only see that behavior in certain specific situations…..for example, online dating, or at the club. The rest of the time, men are all around but none are on the hunt. Much of the time, a man who approaches women in normal, everyday situations, has the tremendous advantage that the woman he is chasing has gone an extended period of time with nobody showing interest, even (maybe especially) if she is some hot blonde. This is the harsh price women pay for not doing their part of the mating dance. However, a lot of women specifically seek out situations where men hunt them en masse, so this can skew their perception. They never notice that any man of worth stays away from those situations.

So the answer to your question is no. That only happens at the sex club or when trolling AOL. The truth is that women are much more highly motivated to get men than men are to get women. They just suck at it, on almost all levels. To put it another way, how many girls are satisfied with their love lives? Damn few.
.
Shit Tests versus Psychotic Raving Lunatic Tests
.
All women test, that’s a fact of life. They want to know the steel content of your balls. To pass the test, your response needs to be some version of, I’m going to do whatever I choose to do, whether you like it or not, and for no better reason than I want to…..and if you don’t like it, you can just leave because, quite frankly, there are other women waiting for me to get rid of you so they can have a turn.

But…….there are relatively normal, reasonable tests…..and psychotic, raving lunatic tests. If you ever get a psychotic, raving lunatic test, don’t address it…..just dump her with no further explanation. Simply walk away from her and never speak to her again. Also, if you pass normal tests, all testing should cease for awhile. If, instead, she escalates the testing, the more she escalates, the more you should consider dumping her.

She accuses you of cheating

She steals from you

You go to the bathroom at a bar, restaurant etc. and you come back to find her flirting with another guy, she hits on another guy while you are around or tries to provoke a situation between you and another guy

She makes a scene out in public

Calls the cops on you for any reason whatsoever

Well, you get the picture.
.