Four Kinds of Women Which Are More Psycho than Others 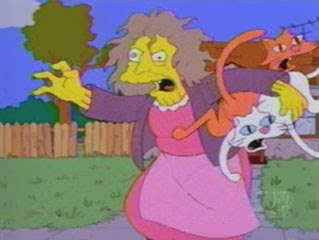 There are four classifications of women that are far more psycho than [the rest]. They are:

1. Woman with a criminal record (number one in the psycho classification)

2. Any woman who uses drugs of any type. Warning, this includes pot.

4. Any woman that has been in a lesbian relationship. By that, I don’t necessarily include bi/curious girls (lol, all women are bi/curious, despite what they may say). No, I mean any woman that has had a woman as sole-sexual partner on a regular basis.

There are also a dozen types of psychos that aren’t as bad as the women you mention, but, since I consider ALL of these women to be in the, do not touch under any circumstances, OR ELSE, classification, you could argue that they are all equally bad.

Women that have ever dated a deviant male or female…..drug dealer, criminal etc

Has ever accused a man of rape or sexual harassment

Trains in weapons for no good reason

Has relatives that are deviant….see above

Eating disorder or (God forbid), serious mental illness like schizophrenia, bipolar, borderline or other personality disorder, PTSD (rape) and basically, anything else more serious than depression or an anxiety disorder

More than $100,000 in debt. With specific exceptions for good debt. Good debt is any debt spent on an investment that returns more money than it costs to repay the payments on the debt…..businesses, rental property, paper assets (rare) etc. The wealthiest people in the world are millions of dollars in debt…..good debt.

More than $10,000 in debt from anything else besides owning a home, student loans, or investing in a business, real estate etc.

Ever expresses hate speech or other hateful behavior about men, or any other type…..for example racist remarks.

Has had more than one abortion or has had even one abortion and doesn’t express deep remorse for it, or treats the issue of abortion as a woman’s right issue rather than a rather unfortunate circumstance to prevents people lives from being ruined.

Is a witch or (God forbid) a Satanist.

The list goes on and on. Basically, there are two types of women in this world, acceptable and unacceptable. The unacceptable ones are easy to identify. Their behavior is bizarre, deviant, and extreme.
.