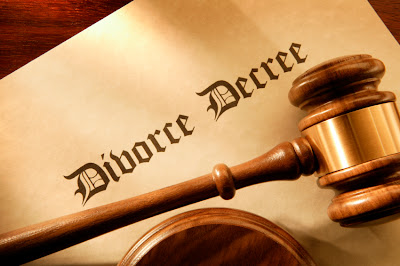 Most men who are divorced have been abandoned/victimized by a woman who flaked on them. They did their part, she did not. He did not want the divorce and she forced it on him, for no reason at all beyond her own insanity. The reverse is not true. Most women who are divorced, caused their divorce, chose divorce, forced divorce on their husband and and did all sorts of things to cause as much harm as possible, usually during a self-destructive death spiral. To say any sane man should stay the hell away from them is an understatement. There are exceptions, but they are relatively uncommon. Just as there are exceptions to divorced men. Some were abusive freaks, or ran off with their secretary or something equally inappropriate. But they are rare outside the lower socio-economic classes. Even the exceptions (and I have direct experience with this), a man will find she is the type of woman who seeks out bad men. You'll see a long history of weeding out the good men and only choosing the bad. Not that big of a problem. The problem happens when they try to get you to recreate the behavior and then dump you if you refuse. Ahhh yes, the joys of being called a loser because you refuse to beat someone.

The bottom line. Men should just say no to divorced women, especially with kids.  But women don't have to follow the same rule. They can find many great men who have been divorced and encounter few problems if any. The kids thing though is a hassle, and a major obstacle to any type of serious long-term relationship, even if they are very young when you first come on the scene.
.
Living Together is a Scam
. 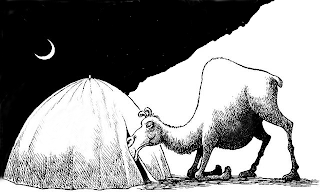 The problem with living together is it’s a huge scam. You think you are getting a girlfriend but the only reason she is there at all is to spend 100% of her time manipulating you into marriage, while blocking off your access to other women. If you don’t have options, her behavior goes hog wild. Your ability to walk away is severely compromised. You’ll definitely be abused and you will probably end up married.

Additionally, some states have bizarre laws that give a live in women close to the same ability to screw you as a wife.

Once the camel gets its head in the tent, it gets all the way in. You can’t get her out without your belongings being strewn all over the desert.
.
Sleeping with Single Moms and Co-Habitating
. 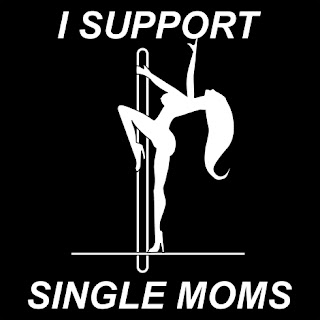 Unfortunately, I have had experience sleeping with single moms and cohabitating (not both with the same woman, thank God). What I have found is the mother will neglect her children in the extreme in order to spend time with you, doing one perverted thing after another. When she gets tired of you, she will use the children as an excuse to blow you off (sorry I can’t see you anymore, our relationship takes too much time away from my children). If you balk at this, she will take the “how dare you try to get me to neglect my children to satisfy your petty needs” approach. Many guys I know tell me that single mothers try very hard to turn them into a daddy for their kids. Since I make it a point to always be as disreputable as possible, none have tried that tact with me, yet. But I can see where this is a major thing to be careful of and a good reason to enforce a no contact policy with her kids. The worst part of dating a mother is having to endure her constant abuse of her children. The moment you say anything about it, you and her are quits. It’s fucked up.

I learned a very painful lesson cohabitating with a woman for 10 years. That lesson was that  women never truly become attached to any man, no matter how deep or intense the relationship seems, no matter how monogamous or even if you are engaged, married whatever. My woman and I were everything to eachother and planned to get married as soon as we both had our doctorates. I stood by her through incredibly tough times and took care of her, moulding her from the silly bitch she was into a capable and successful professional woman. And she walked out of my life without a second thought, for no discernable reason. Literally, the week before, she made me swear to never leave her and to love her forever. She took our love and murdered it, in exchange for something sick and unworthy.

This anecdote illustrates perhaps THE most important thing about dating American women. The relationships are disposable and the love isn’t real (although you will think it is, no matter how much you know better). Because of this, there is NEVER a reason to have them as anything but a fuck toy. That is what they are for. The choice isn’t yours to make and if you make decisions based on any other understanding, you are in for the ultimate ass kicking. Because of this, it is an extremely bad idea to cohabitate with a woman or allow your lives to become entangled in any way. She WILL be gone, sooner, rather than later, and will rip up any part of your life that is entangled with hers. Live together? Expect to be homeless afterwards. Married? Expect to be divested of your children, your home and your life’s savings.

When it comes to American women, just say no to any sort of closeness or permanent relationship. When you are ready to give up your 5 girlfriends who don’t even know (and don’t care) what your last name is, marry an Asian chick. This is no guarantee of happiness but marriage and sincere love are at least possible.
. 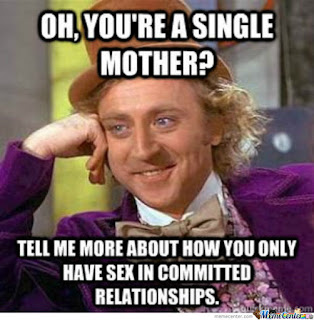 Just Say No to Women with Kids
.
Some things people should know about women with kids. The obvious one is that a woman with a kid (especially if out of wedlock) is a huge warning sign that something is wrong with the woman. She goes out of her way to create bad situations with men and that will include you.

But, not so obvious is the fact that you will be expected to support the kid eventually. That’s the woman’s goal for having a relationship with you in the first place. That is not an appropriate reason. She’s not looking at you as a friend, a lover, a man. She is looking at you as a source of money. But, understand that you are absolutely not welcome to be a father to that child. If you try, she will hurt you and will probably have you hauled off by the police for some made up reason (probably child molestation). Additionally, if you stick around, that child is going to grow up to be criminal scum. First will come the drug use (which you won’t be allowed to stop), then the crime and violence. Some of this will be directed toward the mom (I have direct experience with this wonderful situation) and still, you will not be allowed to intervene. 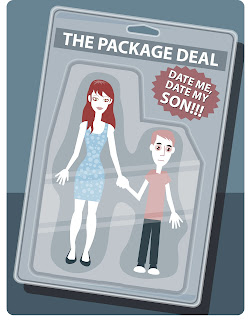 Lastly, women like this are strongly attracted to men who are criminals or otherwise completely fucked in the head. Her attraction to you is zero. The only reason she is sucking your cock is so you will support her and her child or will in the near future. If she ever understands that you won’t, you are finished. Eventually she will replace you with a criminal type, you being a source of funds or not. She’ll probably want to marry you so that, after the divorce, you will be forced to continue to pay while she fucks her criminal scum.

Let me ask you something. Does this sound like something you would want? Of course not. Don’t believe the bullshit lies that try to make men feel guilty for not wanting women with kids. It’s not that they are an inconvenience (although that is a legitimate reason right there for not dating them). It’s not that men don’t want to be responsible for children in our society (although, this responsibility is NOT yours, it’s hers and her child’s father) It’s that it is an extremely reliable warning sign for extremely bad behavior in the future.

Just say no to women with kids.
.
A Real Man Wouldn't Shun a Woman with Kids
.
Any time you hear a term like “real man” you should automatically assume someone is trying to manipulate you. What they are trying to do is convince you that cleaning up the mess they made of their own lives is your responsibility. That you don’t have the right to choose the women and the situation that is best for you. That you are somehow less if you do what you want instead of what they want. The correct response to this is to laugh in their face. Feel free to meet her, seduce her, fuck her and then dump her because she has a kid. Sorry toots, you’re great, but there is just no future in a relationship with you because of all the bad decisions you made in the past……and it’s your responsibility to deal with it, not mine.
.