Male and Female: Equal But Different

.
Males and females are polar opposites. They are as up is to down as night is to day. One thing that is common to all opposites is that by the very nature of being opposite, they must be equal. If they were not equal, it would be impossible for them to be opposite. In any given year, at any spot on earth, there are an exactly equal amount of daytime hours and nighttime hours. The same is true of males and females; they are polar opposites and therefore are equal. However, we are not talking about legal equality here, but rather the essence that makes “male” and “female” has equality unique unto itself.
. When one takes all of the IQ’s of the female population into account to find an average IQ, and then takes all of the IQ’s of the male population to find their average, the collective IQ’s of the two sexes are virtually identical, even though there are vast differences in their variability.
.
When one looks at “happiness,” we find the same thing as we find in intelligence. Researchers have discovered that when they ask men to rate the periods of their lives where they feel satisfied or dissatisfied, they find that men have a major “spike” of dissatisfaction commonly known as Mid-Life Crisis. But, when asking the females, what they find is that women do not have a major mid life crisis like men; however, they have several “mini” mid life crises that occur at various times in their cycle of life.

When the researchers total up all of the time in a male’s life to find his “average” happiness and compare it to the female’s average happiness throughout her life, what they find is that both males and females have almost the identical average amount of happiness in their respective lives. However, the male’s midlife crisis is far more intense than anything the typical female will ever experience – but, he only goes through it once. 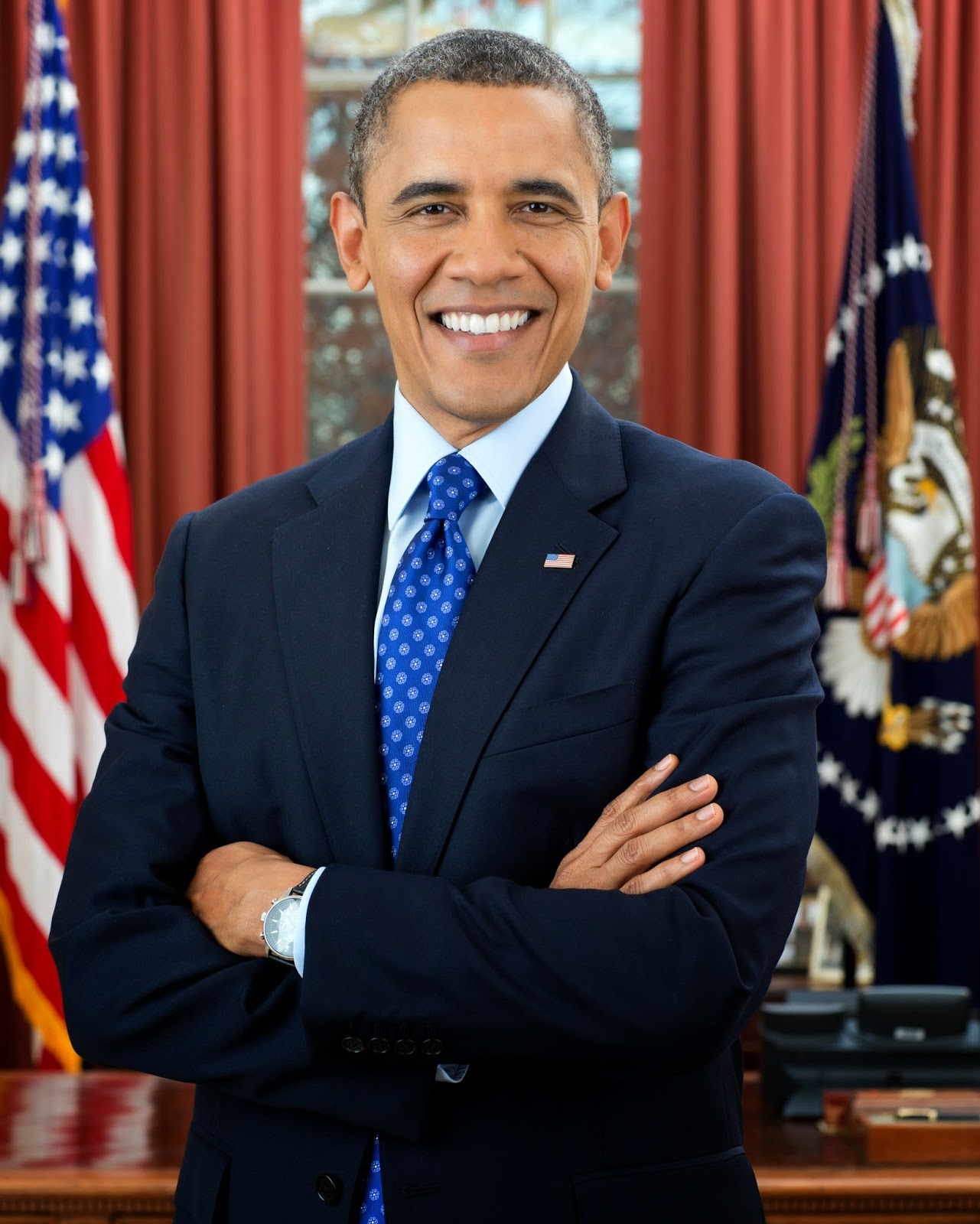 It's true that most of the world's powerful people are men. Most world leaders, billionaires and corporate CEO's are indeed male. But so are the world's least powerful people mostly male - 85% of the homeless are men. More men rise to the top than women, but more men fail at life and fall through the cracks as well. 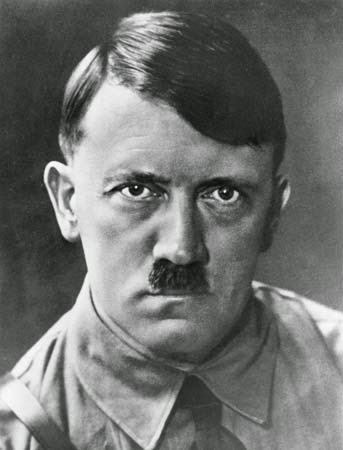 If we look at sin, or good and evil, what would you expect to find except again the same phenomenon? The 9/11 Terrorists were reportedly male, but so were most of the firemen who sacrificed their lives saving others when the towers collapsed. Hitler and Ghandi were both males - the worst and best of humanity both in the same spectrum but at different ends, just like IQ.

While men are certainly physically stronger than women, they are also more likely to succumb to the top ten fatal diseases and on average die seven years earlier than women. Who is stronger? The willow or the oak?
.
When a boy is bad it is very noticeable and often in the form of an outburst or some form of physical aggression. It is very hard to miss a male’s evil because its nature is overt and it occurs as a “spike.” Male aggression is stereotypically to hit, kick, shout or destroy something. The boy may go through long periods of “nothing” followed by a spike that is hard to ignore. 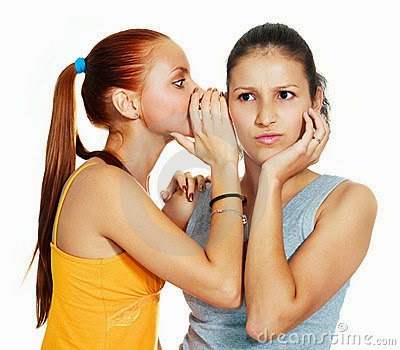 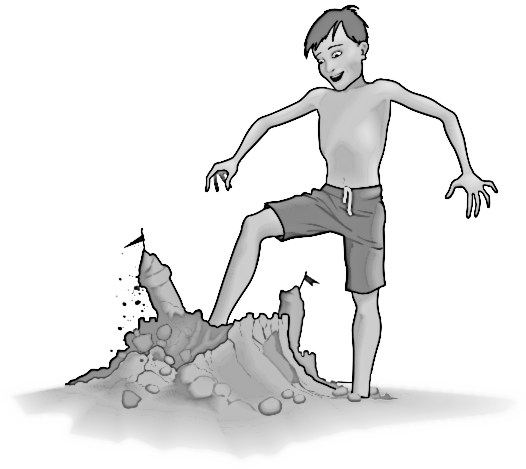 A girl, on the other hand, uses covert aggression. More commonly this is known as “Social Aggression” or “Relational Aggression” and it is stereotypically a female form of aggression. Its nature is to use gossip and social manipulation to hurt the targeted party, and this necessarily occurs over a longer period of time and is less visible than the male’s aggression.
.
What we end up seeing is that male aggression occurs as a noticeable spike that lasts only a short time while female aggression is less intense but lasts over a longer period of time. When we average out the two forms of aggression, we again will find that both male and female are equal, but different.
. 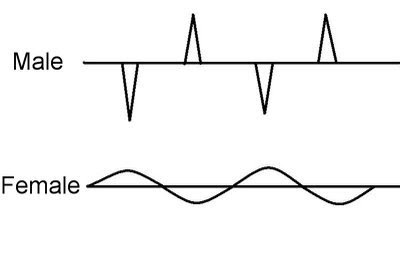 Jack Kammer, in his online book, If Men Have All The Power, How Come Women Make The Rules? said it best, so I will steal his example:
.
Male sexuality is like a pushy door to door salesman; it picks one target and gets in your face so much that you simply cannot ignore it.

Female sexuality, however, is like annoying junk mail. It is everywhere and steadily drones on and on at everybody, whether they are the intended target or not.

While males may think about the sex act itself more than women, the equal opposite is that women think about being “sexy” to the same degree.
.
Males and females have equal sex drives but they work differently. Even physically, men and women are equally sexual.
.
Men have fewer but far more intense erogenous zones, while women have erogenous zones located all over their bodies. In fact, it is fair to say that a woman’s entire body is an erogenous zone that is dispersed with lowered sexual sensitivity but over a greater area, making it equal to the man’s. This is why women are so much more into “intimacy” and the mental aspects of sex. Her entire body is involved in having sex whereas only certain, but more intense, parts of the male’s body are.

In the end of it all, men and women both have equal desires to have sex and to be sexual creatures, although they are expressed in different ways. Women have their biological clocks and get “baby rabies” that demand of them to go out and get impregnated with the same intense irrationalness that men display when they are willing to do anything to copulate with a female - including the willingness to commit treason or sell out one’s own mother.

"Contrary to the general opinion, there is no difference in the total sexual impulses of the sexes.../...Any such idea comes from a confusion between the desire for a thing and the stimulus towards the active part in securing what is desired.../...It is important to distinguish between the intensity with which sexual matters are pursued and the proportion of the total activities of life that are devoted to them and to their accessory cares." -- Otto Weininger, Sex and Character, Male and Female Sexuality.

It is horribly inaccurate for one to say that only men want sex. It is far more accurate to say that both men and women want sex equally. In fact, the only imperatives of all living things is to: 1). Survive, so that one can: 2). Reproduce. All other things are in support of these two imperatives that are universal to all living things. Males and females both have an equal desire to do this. Sex is the core of existence itself.
.
We may think that we humans are smarter than animals, but when it comes to sexual instinct we are animals that follow the same mating patterns as most other species in the animal kingdom.
. This has become even more evident since the sexual revolution arrived and women became free from pregnancy via the pill, and free from the social stigmas associated with being a “loose” woman.
.
One needs only to look at studies of sexually transmitted disease by gender to see that STD’s affect a far greater percentage of the female population than the male population. There is a reason for this: 80% of the females are sleeping with 20% of the males, and those males are the alpha males in society. Humans have reverted back to the mating instincts found in most of the animal kingdom where the alpha males breed most of the females, while the beta males breed with none.
.
Again, you can see that male sexuality and female sexuality are “equal yet opposite.”

This “equal-opposite” aspect of sexuality is essential in understanding patriarchy and why things were set up in certain ways, which I will attempt to describe and explain in the next section.
.

Rats (Or, He Chases Her Until She Catches Him)

[T]he research discredits the persistent stereotype that men think about sex every seven seconds, which would amount to more than 8,000 thoughts about sex in 16 waking hours. In the study, the median number of young men’s thought about sex stood at almost 19 times per day. Young women in the study reported a median of nearly 10 thoughts about sex per day.

As a group, the men also thought about food almost 18 times per day and sleep almost 11 times per day, compared to women’s median number of thoughts about eating and sleep, at nearly 15 times and about 8 1/2 times, respectively. – Medical Xpress

(*** Please note, even though I posted this to show how stupid this meme has become, one still has to realize the way feminist researchers came to this "once every X seconds" BS is by taking the amount of hours one spends in a day thinking about such things, then dividing it by the amount of seconds in a day, and coming up with every seven or fifteen, or whatever seconds, to make it seem like men are stunted rapists thinking about sex constantly. What they are really saying is that men thought about sex for 15 minutes, multiplied by X per day (maybe three times, or six times a day), which is not surprising, and then divided the total amount of those times into how many seconds are in each day. It is totally bogus propaganda which was used to fuel the rape industry. So men think about sex for 10 minutes at a time, 8 times a day, while women think about sex 7 times a day for 5 minutes. Does that really make men into walking hardons that are looking for easy rape victims?)

From Otto Weininger's Sex and Character, Male and Female Sexuality

Woman is only sexual, man is partly sexual, and this difference reveals itself in various ways. The parts of the male body by stimulation of which sexuality is excited are limited in area, and are strongly localised, whilst in the case of the woman, they are diffused over her whole body, so that stimulation may take place almost from any part. When in the second chapter of Part I., I explained that sexuality is distributed over the whole body of both sexes, I did not mean that, therefore, the sense organs, through which the definite impulses are stimulated, were equally distributed. There are, certainly, areas of greater excitability, even in the case of the woman, but there is not, as in the man, a sharp division between the sexual areas and the body generally.

The morphological isolation of the sexual area from the rest of the body in the case of man, may be taken as symbolical of the relation of sex to his whole nature. Just as there is a contrast between the sexual and the sexless parts of a man's body, so there is a time-change in his sexuality. The female is always sexual, the male is sexual only intermittently. The sexual instinct is always active in woman (as to the apparent exceptions to this sexuality of women, I shall have to speak later on), whilst in man it is at rest from time to time. And thus it happens that the sexual impulse of the male is eruptive in character and so appears stronger. The real difference between the sexes is that in the male the desire is periodical, in the female continuous.
.