Love is for Suckers... Blood Suckers

.
In the last section, we discussed the phenomenon of women possessing equal sex drives to men, yet different by virtue of being hypergamous.

The essence of hypergamy is that women are attracted to males who are dominant over them. Dominant males are Alpha males.

But what is it really that “makes” an Alpha male?

Is one “naturally” an Alpha male or does the Alpha male come into existence because of the sum of certain Alpha qualities that he possesses?

I believe the answer is obvious. It is the nature of certain qualities, or features that are Alpha related, which together add up to create an Alpha male. Not all males who are strong and muscular are Alpha males just because of that one feature they possess. In fact, some body builders are the wimpiest mangina Beta males I have ever met. They couldn’t get a woman naked if their life depended on it.

Often when it is discussed why males of the past were placed in positions of headship in the family and society, we declare that it’s because of men’s linear thinking ability. That his natural appeal to reason and rationality makes him better suited for these positions as opposed to women, whose multi-tasking brains are based more on emotion than cold, hard logic.

I don’t disagree with that assumption. However, I would like to propose that there could also be a further motive for such a divide in gender roles.

Perhaps society was also structured in such a way to create more “Alpha qualities” amongst the greater population of males, thus making a greater range of the male population sexually attractive to the females.

With mainly men in the workplace earning money instead of women, a broader spectrum of the male population would appeal to females because of the Alpha quality of money/resources they would possess.

With mainly men in positions of power in society (government etc.), more men would appeal to women’s sexual desires because of the power they possessed.

Who was it that said “Power is the ultimate aphrodisiac.”?

Why, it was Henry Kissinger. Now I’m not sure, but somehow I don’t think that Kissinger is particularly the type of man that could be considered classically handsome.

And yet, he managed to nail uber-fembot, Gloria Steinem.

Poor little Ms. Steinem, despite all that pink slipper stomping, she was still a slave to her biology. Ain’t Mother Nature a bitch?


You see, there is not much genetic diversity in the natural herd-like system which works with women only humping the 20% of males that are Alphas. There is plenty of diversity from the male side of the equation, but little diversity from the female’s side.

It seems that women’s sexual nature has compensated for this by use of Rotating Polyandry, whereby women skip from Alpha male to Alpha male, ensuring that their lifetime supply of 400 eggs get fertilized not by just one male but several, in a rotating mating cycle.

Rotating Polyandry is an interesting concept whereby the whole notion of “love” is based on a mating cycle of a few years – enough for a woman to be protected and provided for during the time when she is absolutely the most vulnerable. This period would be when she gets pregnant, gives birth, recuperates, and then nurses and cares for the child until it is no longer solely dependent on her for survival. (I.e. The child can walk, talk, and feed itself). This should all take around 4 years or so from start to finish.* (See study at the bottom of this article).

Then she moves on to the next male and repeats the process. (Sound familiar?) By going to the next male, she would ensure some genetic diversity amongst her offspring and thereby, increase her chances of passing on her genes throughout the ages. 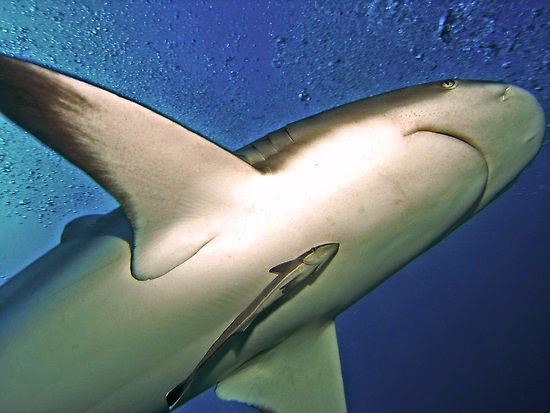 In fact, the whole way that love works seems to support this theory. Love to men is based on what he gives. Love to women is based on what she gets. Plus, it has been noted many times that women don’t really love men. Only gay men love men. Rather, women love being loved. And since, to a woman, being loved means that she “gets,” it is fair to say that women actually love money and the trinkets that being in love gets them.

Men’s love is the host.

And this would make sense. If women’s love is based on this parasitic function to ensure her and the child’s survival, she would seek out the male with the most power and the most resources. Males with these qualities are Alpha males. They are the prime targets for a woman to wish to be “in love” with.

But anyway, back to the main point of why there might have been a sexual reason for placing men in a position of headship in society and the family.

These positions that men have traditionally held, those of wealth creation, of positions of power in society, that of the “head” of the family and so on, are all positions that naturally add to the Alpha qualities of males – all males. Thus, with more males possessing Alpha qualities through their societal role of headship, there are more males for the females to be sexually attracted to.
.
Once this is accomplished, we achieve our genetic diversity amongst the population by bringing more of the males directly into the breeding process, rather than relying on women’s tendency for Rotating Polyandry. What this model does is it brings more of the males in society into marriage by providing more females who are sexually interested in them, and therefore more men in society also have children that are their own and become motivated to work.

Once men have their own children, men willingly become yoked to them and will do whatever it takes to ensure their survival. This is what Daniel Amneus calls “putting sex to work” in his free online book, The Case for Father Custody With male headship in society and the family, more females are attracted to more males and therefore more males get put to work.

And, of course, due to the male’s
linear thinking brain, which invented everything around you with more than two moving parts, when all of the men in society start working and inventing and so on, sooner or later you will wind up with that great thing we call civilization.
.
Now, let’s go back to the concept of Rotating Polyandry and the parasitic nature of women’s sexuality.

Women’s sexuality is designed to take resources from the male in order that she and her child might survive.

Men’s “Alpha qualities” are based on his power and resources.

The more that a man gives to a woman, the less he has himself. In a sense, he gives his Alpha qualities to the woman and in doing so he becomes more Beta. Slowly on, his Beta qualities will overcome his Alpha qualities and the woman will find him less desirable compared to other males out there who haven’t had the Alpha sucked out of them yet.
We see this phenomenon over and over again. Women are complete sex fiends while dating a man, then after marriage she becomes less interested in sex... Why?
Because she's now in  possession of many of his Alpha qualities. They were transferred to her via marriage. His paycheck becomes her equal possession whereas before marriage, this resource was his alone. His ability to leave is gone, leaving him less negotiating power when she's being shrewish. It goes on and on.
.
With men in positions of headship in society and the family however, there are certain elements of his Alpha qualities that the woman cannot suck out of him. No matter what, he will still be the breadwinner, he will still be the one with power in society and he will still be the dominant figure within the home. Certain parts of a man’s Alpha qualities were protected from being gobbled up by the woman.

Therefore, he still remains more Alpha in the woman’s eyes and thus her sexual attraction for him remains greater. This would enable the relationship to endure longer than it would naturally and this is something that is needed for the full potential of the “putting sex to work” concept to be realized.

With the runaway feminism we see in the modern day, this destruction of men’s Alpha qualities is even further magnified. 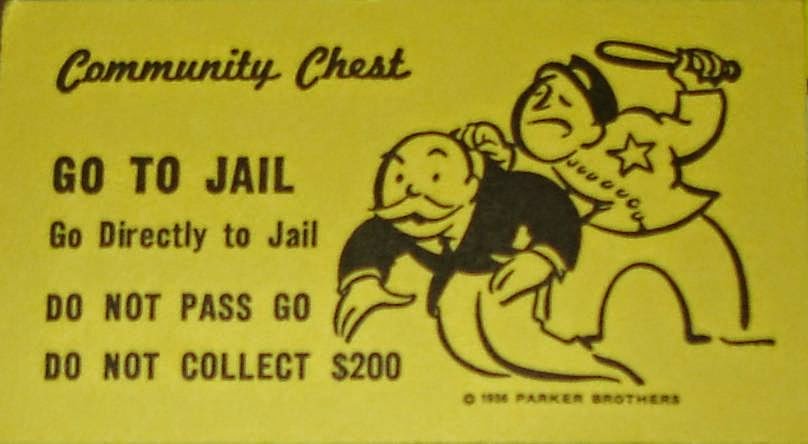 With the full force of the corrupted DV Industry behind her, the wife's manipulation of State force far exceeds any physical dominance he previously had. In fact, she is the physically dominant one within this paradigm because State force allows her to push, kick, yell, scream, threaten and intimidate with impunity. He must meekly cower and accept it or the State will come in and beat the crap out of him on her behalf. There is nothing too Alpha in regard to the man in this situation at all. 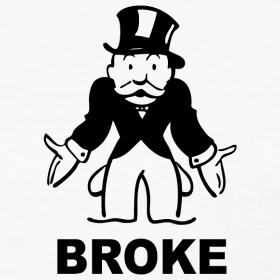 With the Divorce/Alimony/Child Custody Industry behind her, a man’s paycheck (his resource dominance) becomes hers whether she keeps him around or not. Another Alpha quality removed from men by feminism and the State.

With the television running 24/7 in most homes, even men’s intellectual dominance is under attack. Remember that most women declare they don’t find men attractive unless he is smarter than her? Well, the only males that are portrayed as intelligent on television are single men. Husbands are portrayed as dumb oafs on TV and women are constantly encouraged to scorn their husbands as too stupid to do anything right. Let’s not even get into the subject of D’Oprah Winfrey.

In fact, most of the Psychology and Therapy Industries support this “stupid husband” attack on men as well. Virtually all couples/marriage therapists attack the husband by default, declaring that the problems in the marriage are his fault because he is too stupid to know how to read his wife’s ever changing emotional state with ESP. She changes her emotional state more times than her underwear, yet men are somehow stupid for not knowing that what she wants now is entirely different than what she wanted a half hour ago.

Feminism supports all of this nonsense because they are married to Marxism, which wishes to destroy Capitalism and civilization.

“Overthrowing Capitalism is too small for us. We must overthrow the whole... patriarchy.” -- Gloria Steinem

They fully well know that destroying marriage will bring us back to this:
. .
And they know that when society adheres to this sexual model, men won’t be putting “sex to work” and our civilization will return to this:
. .
But hey, that’s all fine and good - as long as there's gobs of commitment free sex and women don’t have to feel "oppressed" in any way.
.
Marriage is already a natural “Beta Maker,” and presents many challenges to men and women’s sexuality.
.
Feminism took these problems and intensified them to the point of the absurd.
.
At least with savages practicing Rotating Polyandry in the past, once the woman had parasitically sucked all the Alpha qualities out of a man, the discarded male was at least free from her and could go about rebuilding his resources and his life again.
.
Not so anymore with Feminism. Nope, now after a man is discarded, the woman can keep a leech like sucker attached to him via the State, while she finds another Alpha male to turn into a mere Beta.
.