Father Custody and the Legend of the Selkie

BRIFFAULT'S LAW
.
“The female, not the male, determines all the conditions of the animal family. Where the female can derive no benefit from association with the male, no such association takes place.” -- Robert Briffault, The Mothers, I, 191
.
The Corollaries to Briffault's law:

1 - Past benefit provided by the male does not provide for continued or future association. 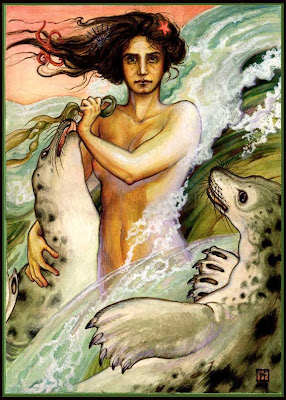 Some years ago, through the usual discourse of mindlessly arguing with people on the internet, I met a woman online who went by the handle of “Selkie.” I had no idea what a selkie was, so I typed it into Google and discovered an interesting legend that I believe is directly about human sexuality.

The mythological selkie is similar to a mermaid, except the selkie is a seal which can shed its skin and transform into a human being. The selkie can be either male or female, but most are female. Once they are in their human form, if their seal skin is taken and hidden from them, they are unable to turn back into a seal and thus cannot return to their home in the sea.
Now, as the legend goes, female selkies make great wives when in their human form and so men would hide the skins of selkies so they would stay with them - for if she found her skin she would right away put it back on, abandon her human husband and escape to the sea to seek out her male selkie lover/husband.

There is an interesting twist though, in that even after she abandons her human husband she will return from time to time to visit the children which she had while with him. 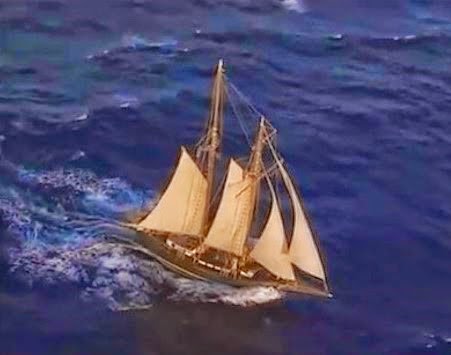 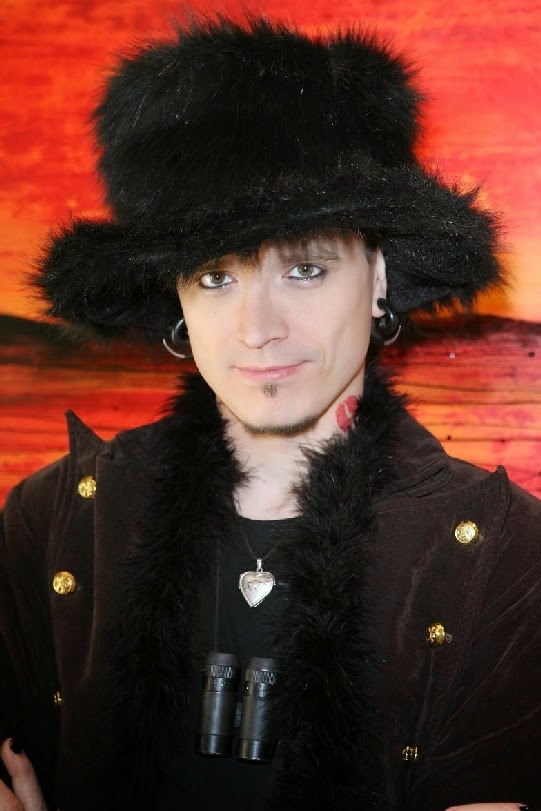 The male selkie, according to the legend, has enormous powers of seduction. His favourite love interests are married women who are dissatisfied with their marriage, and often he seduces the wives of fisherman while their husbands are away at sea.

The legend of the selkie seems to be a way of telling about the nature of human sexuality. The “seal skin” represents human sexuality in its natural form, as is often discussed within circles of the Manosphere. The stories have elements of suppressing female sexuality, which makes for great, reliable wives, but when she is unrestrained with her sexuality, she instantly uses it and reverts back to her natural state… and in her natural state as a seal, she seeks out the cad, the male selkie who is like her, and is a master seducer who plays upon women’s emotions. This seems very much like the whole concept of “game” when understanding human sexuality. The male PUA is very much like the female in the way he seduces women - he understands about women’s emotions and how to manipulate them for his own benefit - which is very similar to what women tend to do with their sexuality when relating to men.

In fact, the entire legend of "Don Juan" is about flipping the sexual script! It's us, in the modern day, that has forgotten it. Because we listened to the words of Eve, we've thrown away the collected wisdom of our ancestors under the emotional charge of "misogyny!"

Often women are referred to as having a herd mentality. I agree with this. And what is a herd made up of? Mostly females with only a few males, or sometimes just one male. The rest of the males – the outliers, or the betas that have been rejected by the herd, are always desperately competing to be let back into the herd though – and that means doing what the herd finds desirable. But anyway, since women “are” society, and since women absolutely despise having anything negative about their natures brought into daylight, they screech and shout and shame such things back into the deep darkness of the closet, and then society forgets all about them again as time goes on. 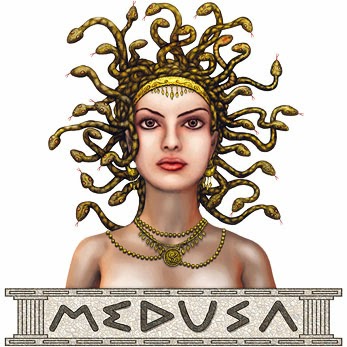 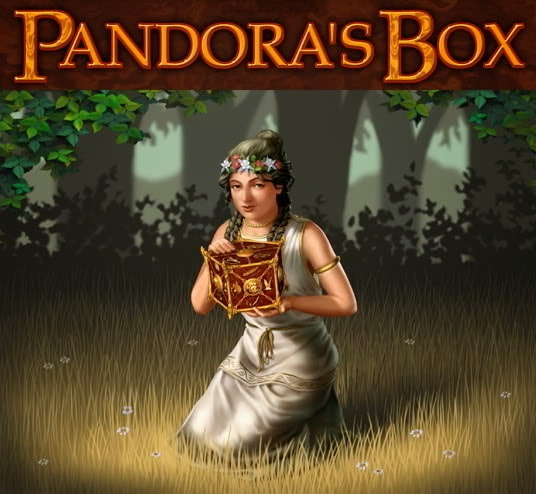 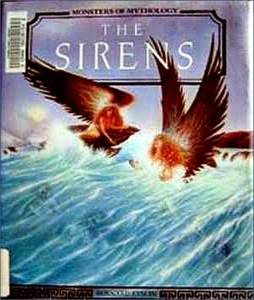 I think many times in the past, men have observed the nature of females (and males) and it seems to me that there is a consistency in what they find, and of course, it is very similar to what we have been discovering over the past years in our discussions of feminism and the destruction of the family. Every time I see a legend like the selkie one, I think to myself, “I’ll bet that comes from a man/men who 'figured things out' and also recognized the only way to send that message forward through time without being thwarted by the totalitarian nature of females, is to disguise it in a myth or a legend."

Something that I find interesting about the legend of the selkie though is how it makes mention that after the selkie abandons her human husband to go back to the sea, she will return from time to time to visit her human children. This legend is old, as most myths & legends obviously are, so of course it comes from a time when father-custody was the norm. It was not until the 1800’s that presumed father-custody was undermined, and presumed mother-custody took its place. It was when this change of custody occurred that the divorce rates began to slowly but steadily increase.

There were only a few thousand divorces annually in the mid-nineteenth century when divorce cost wives their children and Dad’s paycheck. This family stability began eroding as later nineteenth century divorce courts, under pressure from the rising feminist movement, began awarding child custody to mothers. -- Daniel Amneus, The Case for Father Custody, p360

The whole “point” of marriage used to be father-custody. Back before the days of romance, when marriage used to be an economic contract, marriage & wedlock birth was all about putting children into the possession of men. In the rare event of a divorce, the custody of the child was automatically given to the husband. If the child was young, the mother would sometimes care for it until around 6 or 7 years old, and then would be forced to turn over the child to the father for education and proper discipline. The whole concept of wedlock birth is to create legitimate, father-custody children. When an “oops-pregnancy” would occur, the first question out of the woman’s mouth would be “will you give the child your name?” As in, will you make this child legitimate, and show it by giving him your name – and not a hyphenated pseudo name either!

The parts of the selkie legend that discuss how she would come back to visit her children even after abandoning her husband seems to support the concept that divorce rates began to increase after presumed custody was changed from the father to the mother. Also supporting this notion is the evidence put forth by present day “joint-custody” advocates, who state that divorce rates significantly drop when sole mother-custody is not expected. Of course, women file for most of divorces as we all know, and so not having sole custody of the children significantly deters them from destroying their families, and rather encourages them to try harder to make things work.

Sure, one can write this off to saying that removing the financial incentives will lower the divorce rates, but keep in mind another thing one will find about women and sexuality throughout history: It has always been that women have ended relationships more often than men. It is part of human nature that women do this, regardless of financial incentives. It seems though that placing the children in a situation where it is presumed that the father will gain custody upon the ending of marriage, is enough to encourage women to over-ride this instinct which they have.
.