.
"Badboys" are pussies, not alpha males. The easiest way to tell if a man is alpha is to observe if he has the respect and cooperation of other men, especially other men in general (i.e. he has power and respect in society, not just socially). You very rarely see a "badboy" meet these criteria. When you do, it's usually an alpha fooling around to get laid.

Alpha males don't usually get the chicks. They get the best chick and she tends to stick around and beat the shit out of any other girls who come around.

The multiple sex partner thing is the omega male's gig. You usually see all sorts of deviant behavior going on in addition to this. Although he is getting laid, he is powerless in relationships as well as every other aspect of his life. No one respects him, not even the psycho chicks who screw him.

Alpha's get snapped up quickly. Beta males screw a lot early in life while women are competing over them, and then settle down. Omegas can't form stable relationships. And Zeta males rarely get laid. Most people are betas.

Humans aren't apes. We have a different mating strategy than them. Women compete for the best man they can get (at a very young age) and then stick with him for life. He sometimes cheats, but not to reproduce. She never cheats. Everyone pairs up. Whenever you see people straying from this paradigm, fucked-upness starts to happen. This is what is happening with women. They are becoming more and more omega. Their clustering around these men is not a normal thing, which is why it is so fucked up in all other ways.
.
On "Asshole Game"
. 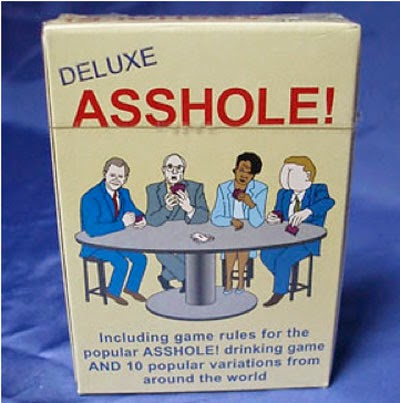 Being an asshole doesn't even work in the short term. Sure, alternating hot and cold will sometimes get a woman obsessed (the same way random interval reinforcement gets people hooked on gambling). But, just being a total jackass gets you nowhere. Some "game" guys say different. Based on what they say, they obviously have no real experience with women. What does work, and what these and a lot of inexperienced guys get mixed up with this, is being evil. If you are the type of guy who gets drunk and acts like a jackass in public, expect a lot of dateless nights. But if you are the type of guy who sells drugs, or gets drunk and beats a woman so badly she ends up in the hospital, or you've been arrested numerous times, or you are in a gang, these are the things that get you laid. That's not even close to being a normal thing and there is a very high price for aligning yourself with that intensely negative vibe.

If any guy thinks he is going to be successful with women by being a jackass, think again. Being a jackass is just the other side of the coin of being a wuss. The defining element here is lack of control... lack of power. Yeah, that'll get you laid... not. This is why it appeals to wusses so much. They think they can get their way by being an obnoxious wuss instead of a snivelling wuss. But they still haven't expended the effort or cultivated the power to not be a wuss (i.e. to affect the world rather than being blown around by it). Bad habits are the hallmark of that brand of nonsense.

Note that this is a hell of a lot different than being assertive or even aggressive in the face of a woman's bullshit. Women will call that behavior (i.e. not giving her her way) asshole behavior, but it's not. Most people who do this are very nice about it and treat people with love, dignity and respect, when they deserve it. They just don't take any baloney and they insist on things being on their terms. The typical asshole does none of these things. Instead, they treat women like shit, and allow women to treat them like shit in return. Their behaviour opens the door to the woman's behaviours. The assertive man does the exact opposite. He neither gives nor allows poor treatment. He never explains and never negotiates either. It's either his way or the highway. Women say they don't like that as a way to try and get away with something. But every normal woman loves that about a man.
. 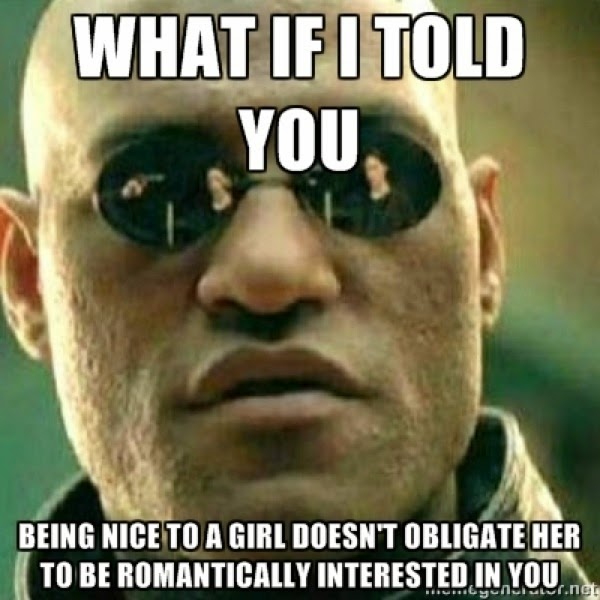 Nice Guys
.
One of the things I don't like about the "niceguy" label is the assumption that niceguys are nice because they are afraid to be otherwise or it is part of approval seeking behavior or that the world revolves around ruthless, brutal behavior of which niceguys are ignorant and victims of.

What is true is that almost anything of any worth has been created by the good people of the world, despite negative influences. Bad people create jack shit. And that goodness flows from strength. It's the assholes of the world who aren't doing what they are supposed to be doing that are making life shitty for everyone. I'm not a niceguy because I was born that way. Nor am I a niceguy because of socialization. I'm a niceguy because I specifically choose to be so. It's part of my method of living a good, decent and satisfying life, because I have noticed that people who are not "nice" simply aren't able to get that for themselves.

Being an asshole is a weakness that makes a person's life sad and pathetic... all the while desperately trying to fool themselves and others that it isn't so.
. 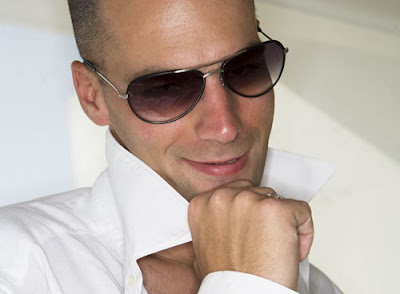 Briefly talking with a woman (or better yet, figuring it out before ever approaching them) to discover if she is attracted to you is hardly being a player. Neither is causally breaking off contact with the 90% of women who don’t fall into that category. Women are not entitled to anything from you, least of all your interest in them if they have none in you. A player is trying to get away with something. He is without confidence and lacks an understanding that he has the right to determine the nature and direction of any relationships he is in, and with whom. So, he lies, cheats and goes to incredible lengths to try and fool women. I think the basic problem here is he is trying to convince the 90% (impossible). Don’t do that. Instead, be assertive and honest. Build confidence by gaining experience. Understand that if you do what you are supposed to be doing and someone (especially a woman) accuses you of doing something wrong, it is a manipulation, with no basis in fact. She is trying to get away with something and claims that it is universal to all women. THAT IS A LIE!

If a woman sees you as a player when you are, instead, being rational and assertive, it means something is wrong with HER. She is trying to scam you. No one else will think you are a player, least of all the women who are interested in you.

For example, let’s say you are interested in a short duration, non-monogamous fling. Be upfront and honest about it. When you are starting to become intimate with a woman, she will sometimes ask you where this is going. Tell her you are only looking for a fling and give her the option to say, "No, that’s not what I want from you" (very few women will do that, BTW). Her shrewish friends might call you a player, simply because you aren’t willing to get on all fours and beg for sex and swear your undying love, all your present and future earnings and put up with limitless abuse, just to get some pussy. But as long as you don’t lie, she definitely won’t think that way (for the limited time her feelings for you last, that is). And neither will anyone else who matters.

Being honest and direct like this INCREASES your chances with women, not decreases. A small minority of incredibly insane women (as in, everything else about them is insane too), have a problem with that. But all your behavior should revolve around making sure they aren’t even allowed to talk to you, let alone influence your life. 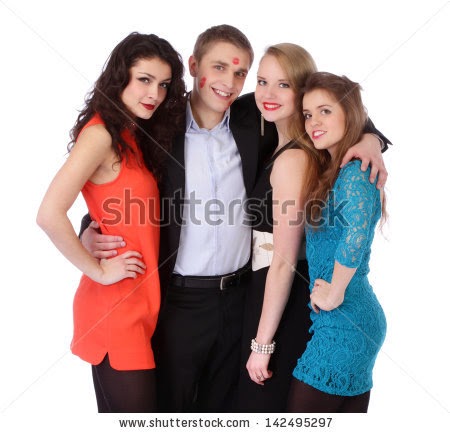 Also, although I don’t allow relationships to get too deep anymore, I am hardly engaging in a “fuck and dump” strategy. I simply understand that her interest in me has an expiration date (once it expires, her interest in me turns dark and sinister), so I better not get any ideas about the long term. Since there is no long term, I have no reason to exclude myself to any one girl. Unfortunately, they don’t understand that (if they did, maybe they would fix it, lol) and constantly try to deepen the relationship, forcing me to set limits. The most effective way to set limits isn’t through what I say, but rather through what I do. And, what I do is limit the time I spend with a woman and refuse certain activities (like meeting her family). That’s OK with most women (as long as you don’t lie or use or abuse them) for varying amounts of time. Then they wander off. You need to be OK with that. And you won’t be OK with that unless you have another to take her place. And you won’t have another to take her place if you stop looking for interested women every time you meet one.
.
To All the Girls I've Loved Before
.
I think of all the women I’ve been with as people I care about and love, not objects to be used for awhile and then discard when I find a better one. Unfortunately, I know full well that they view me and the relationship (and whatever marriage they may undertake in the future, lol) this way, which forces me to adjust my behavior. It’s not natural for me to spread myself over several women, none of whom I allow to get any ideas about where our relationship is headed. But bitter experience has taught me that I really don’t have a choice in the matter. Don’t get me wrong, there are plenty of women who will say they are different. They say they love me and they say they are loyal and want a life with me. But their actions just don’t match their words. After awhile I realized it was a deliberate deception. The way women REALLY see me is as a toy to vent their lusts on while they shop around for Mr. Right. Mr Right happens to be some weak willed schmoe with a fat wallet that they plan to suck dry during a divorce before they have even met.

Shopping around for the right partner is a euphemism for looking for a rich guy to victimize. The payoff for the time invested is his money. Women talk about this jokingly or in metaphor, but the behavior is direct and unambiguous. It’s a reliable pattern I’ve come to expect and have gotten good at avoiding.
.