Work With the World, Don't Fight Against It 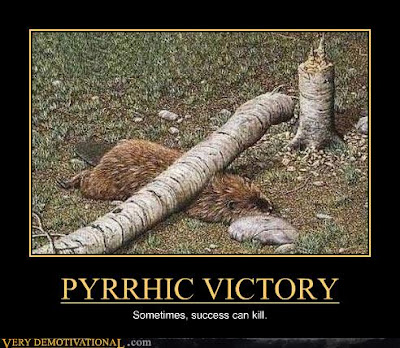 Something I think men will have to come to terms with is that when the pendulum inevitably swings back, what actual benefit do men think this will have for them? Will it bring that fabled equality everyone is seeking? Will everyone join hands and sing kumbaya and live happily ever after? Will the planets align and Heaven on Earth make itself apparent to man and woman alike?

For example, it is easy to point out that when feminists cry of the abuses of women in places like Afghanistan, if you look at the men they are treated even worse. And, if you look at the “abuses” women endured in the past centuries, you will find that in every situation, men had even worse abuses to endure. It is a feature of human nature. It's just like no matter at what place, or in what time, children are always treated better than adults – it’s just the way humanity works.

So, after Feminism subsides, how will things change? Do you really think it will be any different? Women will still be treated better than men. They have been since the dawn of time, and they will be until closing time.

This is why it is so dangerous to try to set up things like lobby groups and government bureaucracies to oversee the welfare of men and boys. It is so open ended, and because of the very nature of humanity, means they could perpetually justify their existence until it becomes just another oppressive, statist organization that harms everyone but themselves. It’s so freakin’ open ended and fights a never-ending battle against nature that how could it not be a disaster? If I start a lobby group to “stop the tide” I will forever be able to show the demand for my group is real, because the battle is still not won. See, here comes the tide again. Gimme more power to fight it!

Far better, if you must support some organization, that they have a clear mission statement and acknowledge they will disband after achieving their goal. (Ie. Fighting to remove Bill C-79 from the legislature).

But then, what are the actual goals that men want?

No matter what happens, compared to women, men will still be treated as “lesser” than females. That is simply a feature of human nature that can’t be changed no matter how many laws are made or discarded, nor how many lobby groups are formed to fight the tides.

Accepting this as true does not mean admitting defeat. It means working with the way the world IS, rather than fighting against it. It does not mean men cannot try to create or remove laws which make their lives better – but no matter what happens, at the end of it all, men will still be treated relatively worse than the females in society are. 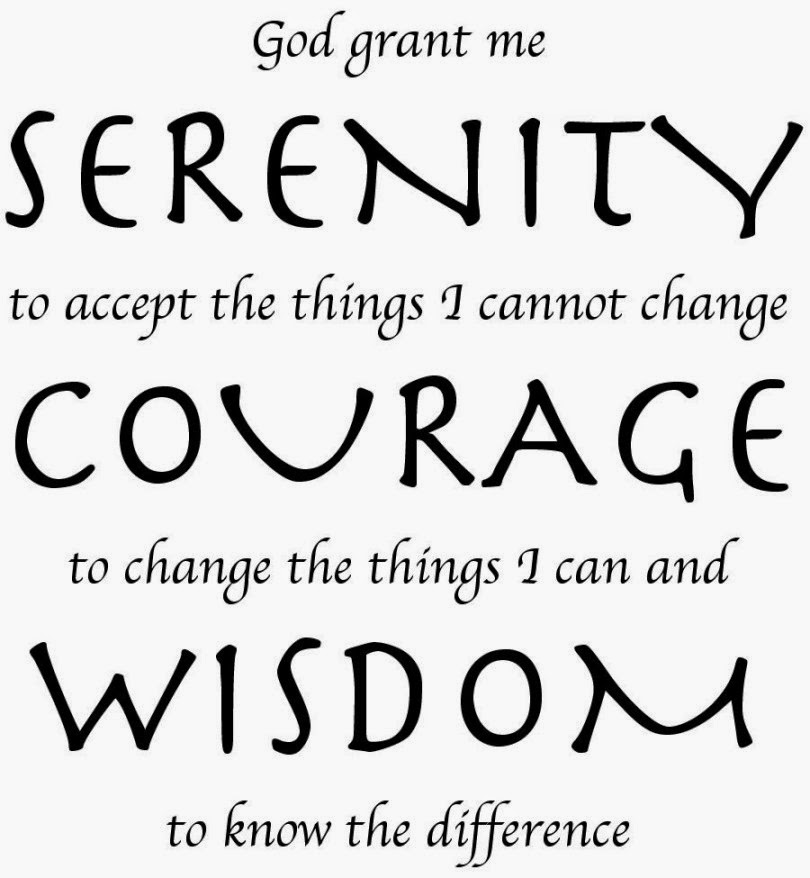 Living one day at a time;
Enjoying one moment at a time;
Accepting hardships as the pathway to peace;
Taking, as He did, this sinful world
as it is, not as I would have it;
Trusting that He will make all things right
if I surrender to His Will;
That I may be reasonably happy in this life
and supremely happy with Him
Forever in the next.
Amen."

As I said in the beginning of this book, although I speak of Biblical concepts throughout these pages, this is not an attempt to be a "Christian apologist" nor to convince you to go to church. Studying our culture necessarily includes examining the religion which was instrumental in its founding.

The concept of prayer is psychologically profound. The very act of doing so is humbling - it immediately places you in the mental frame of realizing you are not in control of the world, but are merely a part of it. You cannot pray to God and believe you are God at the same time. By the act of prayer you are psychologically admitting that certain things are above you, and are out of your ability to control.

This is something we are warned about in other places as well. The myth of Icarus warns us of not believing we are so grandiose that we find ourselves flying too close to the sun. The Garden of Eden is easily described as the Relative Truth we create in our own brains convincing ourselves to ignore the Absolute Truth that exists in reality.

As discussed with the concept of "Rising Up from Being Beasts of the Field," our brains "rise up" the more we calm down our "animalness" and use our reasoning cortex to "think." It is the ability of humans to think and reason - to question and explore and learn - that separates us from the rest of the Animal Kingdom. It is the very act of "seeking the Truth" that makes us human, for no other animal does this in the manner which we can do.

We need all of them to really use our brains. We "explore" things. This is using the Subjective to allow us to examine the Objective. We need to question what we see around us - Columbus needed to start speculating on the earth being round first, before he could prove it actually was. He questioned the Objective with the Subjective. By doing so, the Absolute Truth revealed itself to us - we discovered not only that the earth was round, but that the entire heavens were structured differently. This becomes the new Objective Truth - and for now, it must contain the Subjective as it continues to question and question, until more Absolute Truths reveal themselves to us. Perhaps we'll one day discover the true concept of the universe, including its origins. Then we'll have to re-order all the truths again... and so on... and so on... and we will keep "rising up."

But it's important for us to be anchored in the proper way. If we let the Subjective dictate the Objective, we get the Soviet Bureacracies in Moscow decreeing to farmers thousands of miles away in Siberia, that the crops MUST be planted on this calendar day - regardless of whether the ground was frozen or not. People die when we start doing that. 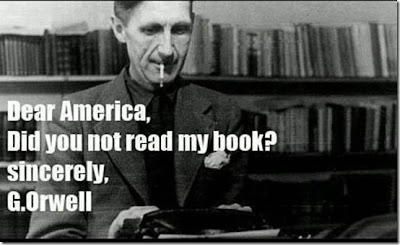 "Totalitarianism, however, does not so much promise an age of faith as an age of schizophrenia. A society becomes totalitarian when its structure becomes flagrantly artificial: that is, when its ruling class has lost its function but succeeds in clinging to power by force or fraud. Such a society, no matter how long it persists, can never afford to become either tolerant or intellectually stable...

Totalitarianism demands, in fact, the continuous alteration of the past, and in the long run probably demands a disbelief in the very existence of objective truth." -- George Orwell

The Declaration of Independence, I think, is such a good example of how "the truth" is supposed to work.

“We hold these truths to be self-evident, that all men are created equal, that they are endowed by their Creator with certain unalienable rights; that among these are Life, Liberty and Pursuit of Happiness. That to secure these rights, Governments are instituted among men…” — United States Declaration of Independence

First, they declare the self-evident truth (The Objective) - for that is as high as man can go. Then they declare with it the Creator exists (The Absolute), who grants inalienable rights (The Objective), and governments (The Subjective) are instituted amongst men to protect them (The Objective). The government's civil laws are to be subordinate to the higher truths. It's not that things can't change - it's just anchored in a way that makes it difficult to do so.

"If God did not exist, it would be neccessary to invent him." -- Voltaire


In totalitarian constitutions your rights are granted to you by the government through its laws (the Subjective), and there is no authority higher than the government.

“The States Parties to the present Covenant recognize that, in the enjoyment of those rights provided by the State… the State may subject such rights only to such limitations as are determined by law.” — Article Four of the UN Covenant on Economic, Social and Cultural Rights.

I suspect the "original sin" is allowing our lower brain to lead our higher brain, for then we lose our anchor to reality and revert back to living like animals. Often, I wonder if the Garden of Eden story is actually about evolution - that when mankind's brain started evolving enough, he discovered that re-ordering the truth in such a manner led to... well... humanity.

The Bible tells us that we have to struggle against evil but that WE will never conquer it. Only God is powerful enough to rid the world of evil. In the meantime, we have to accept the way the world is and learn to live in it. If we don't, we'll go crazy trying to pretend we're in control of everything. This is a profound way of thinking, similar to the Constitution.

I hold the following truths to be self-evident: I am not Jesus Christ - it's not my destiny to save the world from itself. My job is to live in this world and keep seeking the Truth - then follow it as closely as possible once it has been discovered, for this is the best place to exist.
.