The Want of Men Was Their Ruin 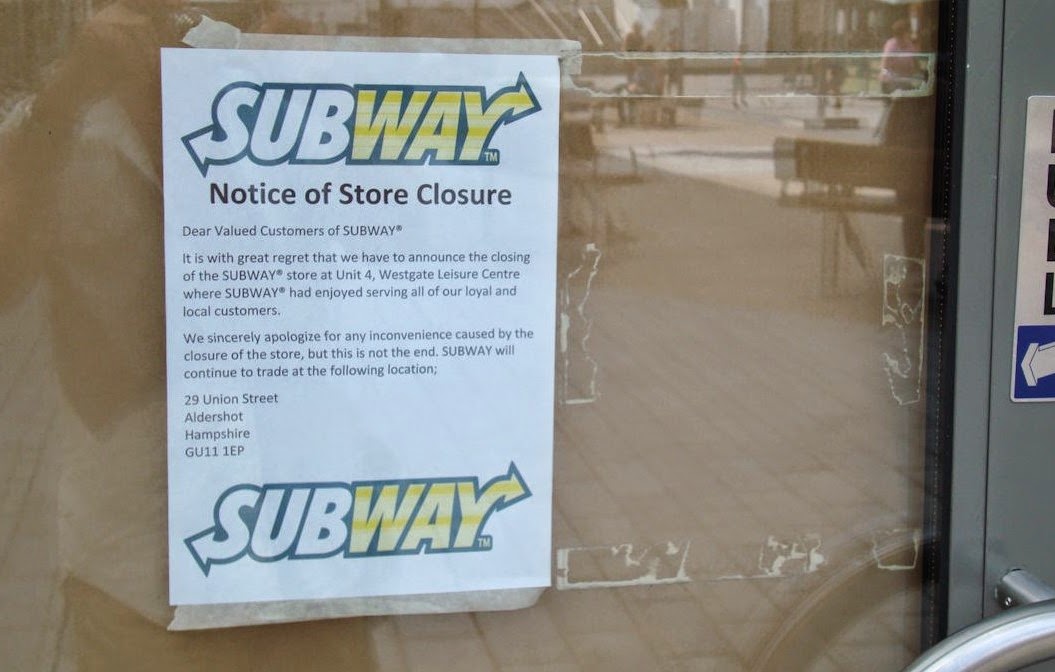 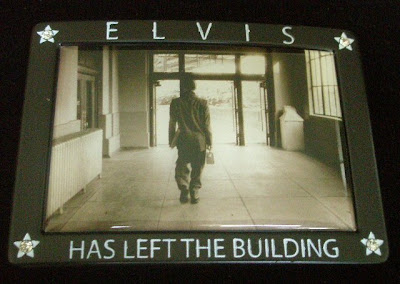 If men really were as misogynist as women claim, none of this would have ever happened. We would've just put them over our knee and given them a righteous paddling until we got our damn sammiches made exactly like we wanted 'em. 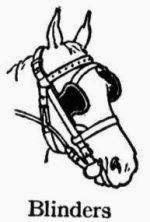 It's the very fact that women have so much social power over men that's the problem - and that's why I, like Weininger, have to say it's ultimately men's fault this happened.

"Where my exposition is anti-feminine, and that is nearly everywhere, men themselves will
receive it with little heartiness or conviction; their sexual egoism makes them prefer to see woman as they would like to have her, as they would like her to be.

I need not say that I am prepared for the answer women will have to the judgment I have passed on their sex. My investigation, indeed, turns against man in the end, and although in a deeper sense than the advocates of women's rights could anticipate, assigns to man the heaviest and most real blame. ..."
-- Otto Weininger, Sex and Character, Author's Preface

Men have blinders on when it comes to women in much the same way mothers have
blinders on them with children. Women naturally see their children as perfect little angels and men see women in the same way. Our civilization has been trying to take the female sex off that pedastal for the last 3,300 years, (back when Moses was thought to have written the Pentateuch), and it's been a struggle to do so the whole way.

"They are the sexus sequior, the second sex in every respect, therefore their weaknesses should be spared, but to treat women with extreme reverence is ridiculous, and lowers us in their own eyes. When nature divided the human race into two parts, she did not cut it exactly through the middle! The difference between the positive and negative poles, according to polarity, is not merely qualitative but also quantitative. And it was in this light that the ancients and people of the East regarded woman; they recognised her true position better than we, with our old French ideas of gallantry and absurd veneration, that highest product of Christian-Teutonic stupidity. These ideas have only served to make them arrogant and imperious, to such an extent as to remind one at times of the holy apes in Benares, who, in the consciousness of their holiness and inviolability, think they can do anything and everything they please." -- Arthur Schopenhauer, On Women, 1851

If a child is put to bed at night and keeps getting up every half-hour to ask for a glass of water, who is really at fault if the child doesn't get a good night's rest? Certainly the child "did wrong," but the parents were more responsible, simply because they didn't finally say, "No more! Go to bed!"

There's no need to "child-splain" it over and over and there's no need to seek the child's approval. The hierarchy of the position is all the justification that is needed. You can decide for yourself if women are the most responsible teenagers in the house or if they are the "first mate" to the husband's "captain." The captain doesn't mansplain to the first mate trying to convince her to go along either. The captain plays his position and the first mate plays hers - but they are not equals, and neither is the responsibility.

“I permit no woman to teach or have authority over men; she is to keep silent. 13For Adam was formed first, then Eve; 14and Adam was not deceived, but the woman was deceived and became a transgressor.” -- 1 Timothy 2:12-14

"Because you listened to your wife, and ate of the tree about which I commanded you..." (Adam's Curse)

Women aren’t gonna stop eating our lunch because it's “the right thing to do.” They are only gonna stop when we stop them from doing it.

For all those who understand “game,” you certainly must realize that aloof indifference does not stop women – it makes them try to be noticed harder. If you ignore them, they will escalate until you do pay attention to them.

And, practitioners of game also should know the rule of “It’s my way or the highway, Toots!” and that any man who doesn’t want to be ruined by woman has to learn to say no without bothering to explain, and say it often... no… No… NO… NO!!!

Merely because I said so.

Just because I want it that way.

Tough. There’s the door.
.
Well, this is merely game on a cultural level. Women really are powerless without us. Everything that permits the “you go grrl” culture is provided to women by the indulgence of men. If men left the building, women’s vote couldn’t enforce a single thing – because their vote and their rights are not based upon “the barrel of a gun,” but rather upon indirect social manipulation of the people holding the gun.

If men leave the building, women will follow.
.
When Doing Nothing is Actually Doing Something
. 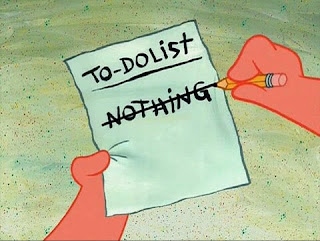 A friend of mine has a niece living in Ontario who is around 18 or 19 years old. Like many girls that age, she met a boy and fell madly in love with him. And yes, you guessed it, he is not particularly what one would call a Nice Guy. At any rate, I suppose the young couple felt that the world was against them, but none of that mattered because they could live on their undying love. So, the girl quit her job, and the two of them packed up her car and ran off together with about $1,800 between them.

She also skipped out on the payments for their escape vehicle, for which her grandfather had co-signed the loan, forcing him to take over the payments.

After a few weeks, they wound up in Newfoundland, broke, where they requested some charity of her other grandparents who lived there. These grandparents had an old cabin on their property where they told her they could stay... the only thing is, the cabin had no electricity or water, and it was March, and still very much winter. They had to chop wood for heating &
cooking and had to carry buckets of water into the cabin from the frozen creek. It didn't take too long before the phone calls back home started coming, requesting money to help them out. The answer was, "No, get a job." A little while later, more phone calls, "But we don't like chopping wood and carrying water!", to which the reply was another simple, "Tough. Get a job!"

The whole extended family agreed to "do nothing." And in doing so, they very much did "do something," didn't they?

The same strategy can be applied to Western women. As The Eternal Bachelor (used to) have on the top of his blog, "Giving Women the Husbands They Deserve: None!"


”…there is no equity between the sexes. They are indispensable one to another, but one is the leader and the other led. The ram is the master of the ewe; the reverse would be an aberration and monstrosity. The pride of the American women will bring about a reaction; for whatever these ladies are they owe to man. If the latter wearies of his generosity and leaves them to their own merits, the expiatory plunge will oblige them to measure the immensity of their ingratitude.
.
Nature has willed the subordination of woman. Civilized man dignifies his companion, submits willingly to grace, sweetness, frailty, creates for her the right to protection, gives her a privileged place. But the condition is such that, if she denies the benefaction and claims to have earned what has been given to her and to be indebted to no one, her benefactor may bring this course to an abrupt end.

The illusion consists in this: superiority constitutes a moral duty on the part of the superior towards the inferior, but inferiority does not constitute any legal right on the part of the inferior over the superior. Generosity is beautiful and noble, but it is optional; the cripple who demands that he should be carried dispels one's desire to aid him. Man enjoys protecting woman, but when woman imperatively summons him to serve and protect her, he whom an entreaty would have softened loses his inclination at once.

By substituting the legal sphere for the moral sphere, the emancipation of women will desiccate society, as legal charity destroys real charity, as love by command would sterilise the marriage-bed. -- In asking more than civil equality and economic equality, women are playing a dangerous game. Equality in services will be demanded of them, and this will serve them right.” -- The Intimate Journal of Henri Amiel, August 8, 1876
.
There is no point in arguing and trying to convince women to see the light. That door was closed decades ago. Essentially, women "are" society, and what their wants are is what society's wants are. What women find disagreeable, society finds disagreeable. They are "the herd" and males either serve their purposes or they are ejected from it. But women also don't understand cause and effect very well. The only way to get women to see that it's in their benefit to have men respected is to make them suffer the consequences of treating men so poorly. Since women control our
social mores, once having men dis-empowered in society starts to harm them directly, there will be no stopping them in agitating for men to be re-empowered.

As much as women like to say that men don’t leave them alone, if the men said “fine, see ya” and actually left, the women would follow us to the ends of the earth.

And if they don’t… tough.

It’s such a joke for women to come around and try to con us into believing how much we want and need them.They find guys who are busy with other things and completely ignoring them, and try to intrude and take over. This is the entire history of “feminine-ism.”

And, herein lies the proof of the big lie, and the big paradox for women. Accusations that men don’t care only work when men do care. In order to get his mind in the right frame where he can attract women, he has to reach the place where he no longer cares if he does or not – and in many cases “not” starts to win.
.